Kent and I got our start in the sledding club back in 1999, after we got our first Malamute.  He was a big boy and I thought it might be fun to have him pull our niece and nephews around on a sled.  So we met up with these dog sledding people doing a demo at the Chesterville fair.  The lady who made the harnesses wasn't there that day so we got her number and brought Buddy to her to fit him for a harness.  She then told us about the sledding club and told us to bring him out to the first training day and the rest is history.... Well not exactly.

Buddy was a bit of a challenge.  He was 5 years old and had never sled before and he was also a very dog aggressive dog.  He was about 110lbs at the time.  He got to the point that he had to run by himself for the protection of  the other dogs but he loved to run.  We ended up getting a puppy, Nanook, a female for him to be with.  About 8months later we got another young female, Kira.  Boy was that fun!!! She was almost as dominant as he was so there was a lot of tension at our house.

That first year or 2, we almost quit the sledding club many times because of the issues with Buddy, but Anne kept talking us into staying and continued to support us in our training of the dogs.

Our little pack grew to include Alaska.  Tundra joined us about 4 months after our son, Tyson was born.  And yes that meant 5 dogs and a new born at home so it is possible to have dogs and a baby in the house.

Tyson was out to his first training day at the tender age of 1 week old and was on a sled at the age of 4 months. We strapped him in a car seat I found at a yard sale, secured in with straps Anne fashioned from old seat belt.

Our dog family continued to grow and with each dog we got Buddy got better with other dogs.  Just goes to show you, "you can teach an old dog new tricks".  We have yet to meet another dog as aggressive as Buddy was even though there have been several people come and tell us that they have an aggressive dog.

We had only Malamutes until Dec 16th 2006 when Miss Mukluk was born.  Mukluk was born to Blue, owned by Anne and Bob.  We decided to get a Sibe to help our team with passing.  It was the best thing we ever did for our team.  She is fabulous but I don't think she knows she is not a Mal.

We have added several more Mals and 2 more Sibes.  We have also lost several along the way.  They all hold a special place in our hearts and the hearts of our children.

Our kids have a great respect and love for the dogs.  They also enjoy sledding and caring caring for the dogs. They are a great help with our dogs and many of the club dogs as well.

If it wasn't for Anne, we wouldn't be doing this..  In memory of Anne Melrose.

Our Beginnings in the Sledding Club 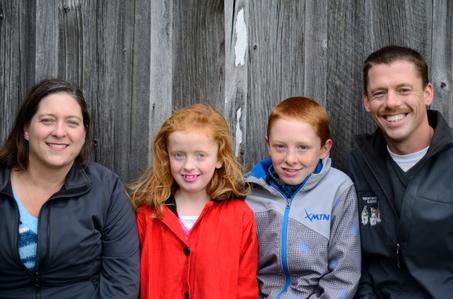 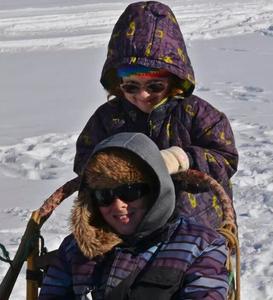 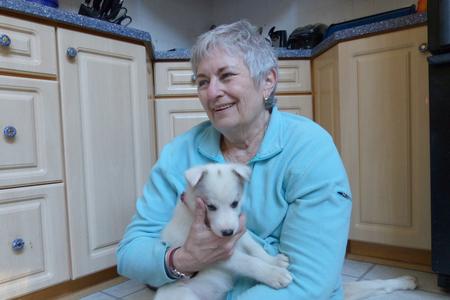